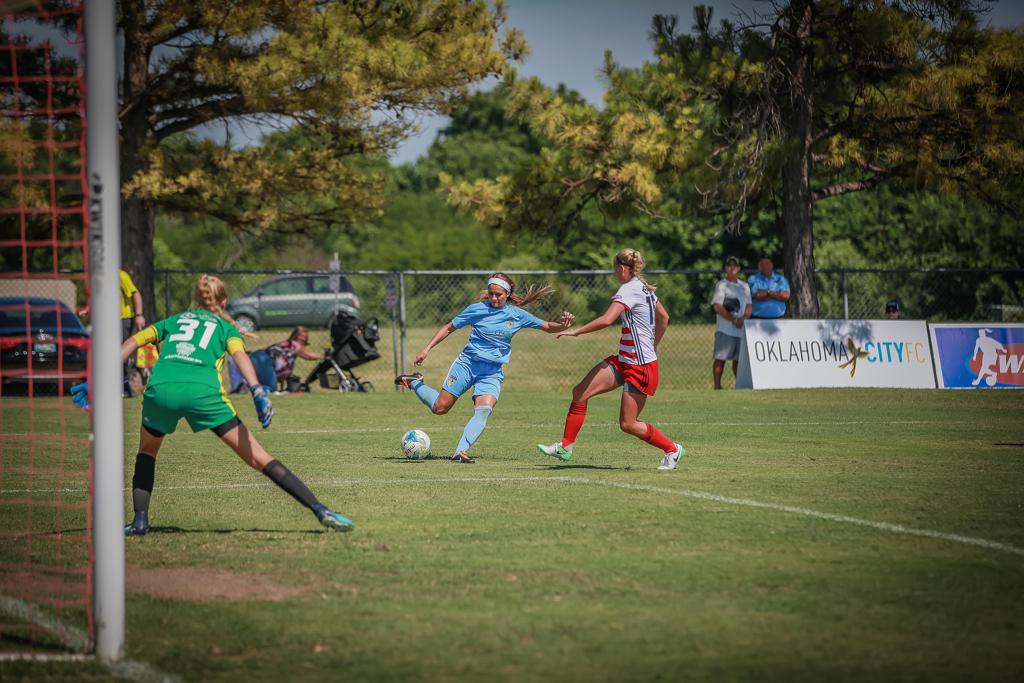 The match appeared to be heading to a scoreless draw, but Oklahoma City FC pressed forward on a breakaway in the final minute of scheduled time. Ryan (Norman/TCU) received Jaci Jones’ cross 10 yards from goal, hesitated until Little Rock goalkeeper Michaela Potter committed to a side, and sent a left-footed shot past Potter into the net.

Oklahoma City FC controlled possession for most of the match and had 11 shots on goal compared to Little Rock’s three. Jones (Mustang/Oklahoma State) was unlucky not score twice in the second half, for she had two shots hit the crossbar.

However, Little Rock had the best scoring chance in the 68th minute. An awkward deflection on a clearance caught Oklahoma City goalkeeper Hensley Hancuff (Edmond/Villanova) off her line, but Little Rock forward Elly Boothe’s 25-yard shot from the right wing sailed inches wide of the open net.

Oklahoma City FC finished its opening weekend with two victories and leads the Southwest Conference standings with six points. It won 1-0 at Fortuna Tulsa on Friday.

Oklahoma City FC hosts FC Wichita, one of its top Women's Premier Soccer League rivals for the conference title, next Sunday at 2 p.m at Mid-America Christian University. Tickets are $5 and available at the gate. For more information go online to OklahomaCityFC.com or call (405) 601-0025.