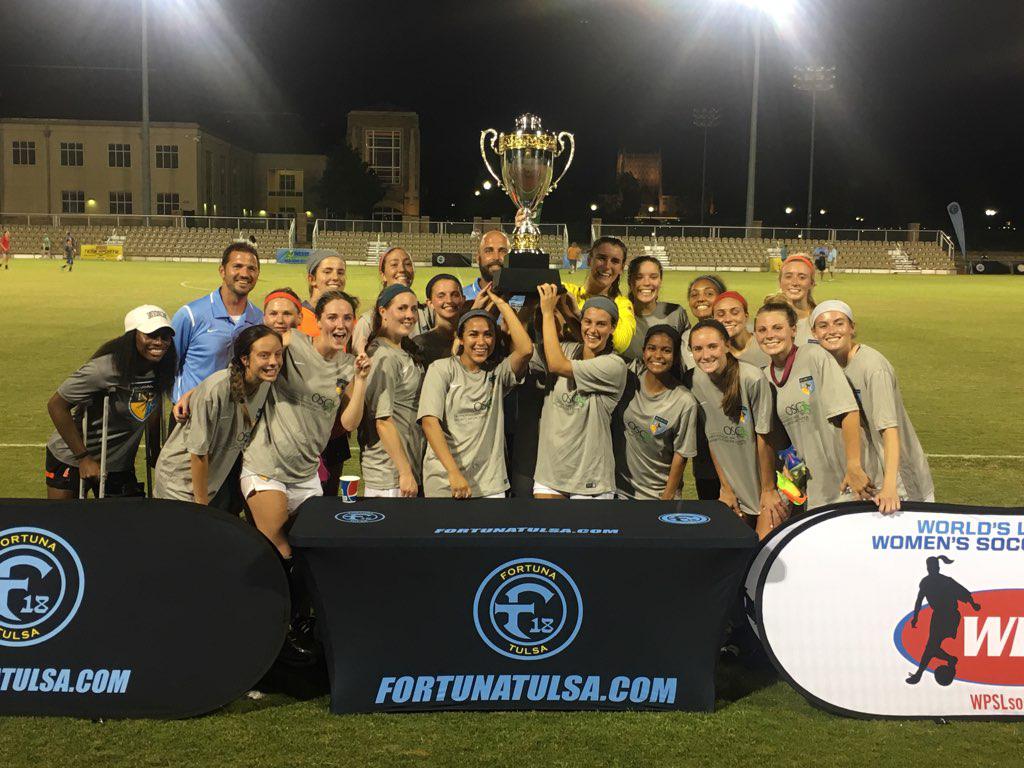 Addyson Guthrie (Edmond/University of Tulsa) scored the match’s only goal in the 36th minute giving the visitors a 1-0 victory vs. Fortuna Tulsa at the University of Tulsa Hurricane Soccer Stadium on Friday night.

Guthrie scored after Madison May (Deer Creek/Oklahoma State) fired a low cross from the right side of the goalkeeper’s box, which deflected off a Fortuna defender near post and across to Guthrie, who was open point-blank on the back post.

Oklahoma City pressured Tulsa for most of the first half as well as into the opening minutes of the second half. Oklahoma City forward Ivanna Rivas (Edmond/TCU) had the first scoring chance of the match with a 20-yard strike that ricocheted off the crossbar and inches in front of the goal line.

Hancuff was fantastic in the second half as Tulsa seamlessly threatened for an equalizing goal in the closing minutes. Hancuff, who earlier this month was invited to train with the United States Women’s National Team U-18 and U-19 teams, made save after save as Fortuna dangerously fired corner and free kicks into traffic inside the box.

The match, played in front of a crowd of 1,750, was the season opener for both clubs.

Oklahoma City FC returns to action in Sunday’s home opener vs. Little Rock Rangers. Kickoff is 2 p.m. at Mid-America Christian University. Tickets for Oklahoma City FC games are $5 and available at the gate. For more information go online to OklahomaCityFC.com or call (405) 601-0025.